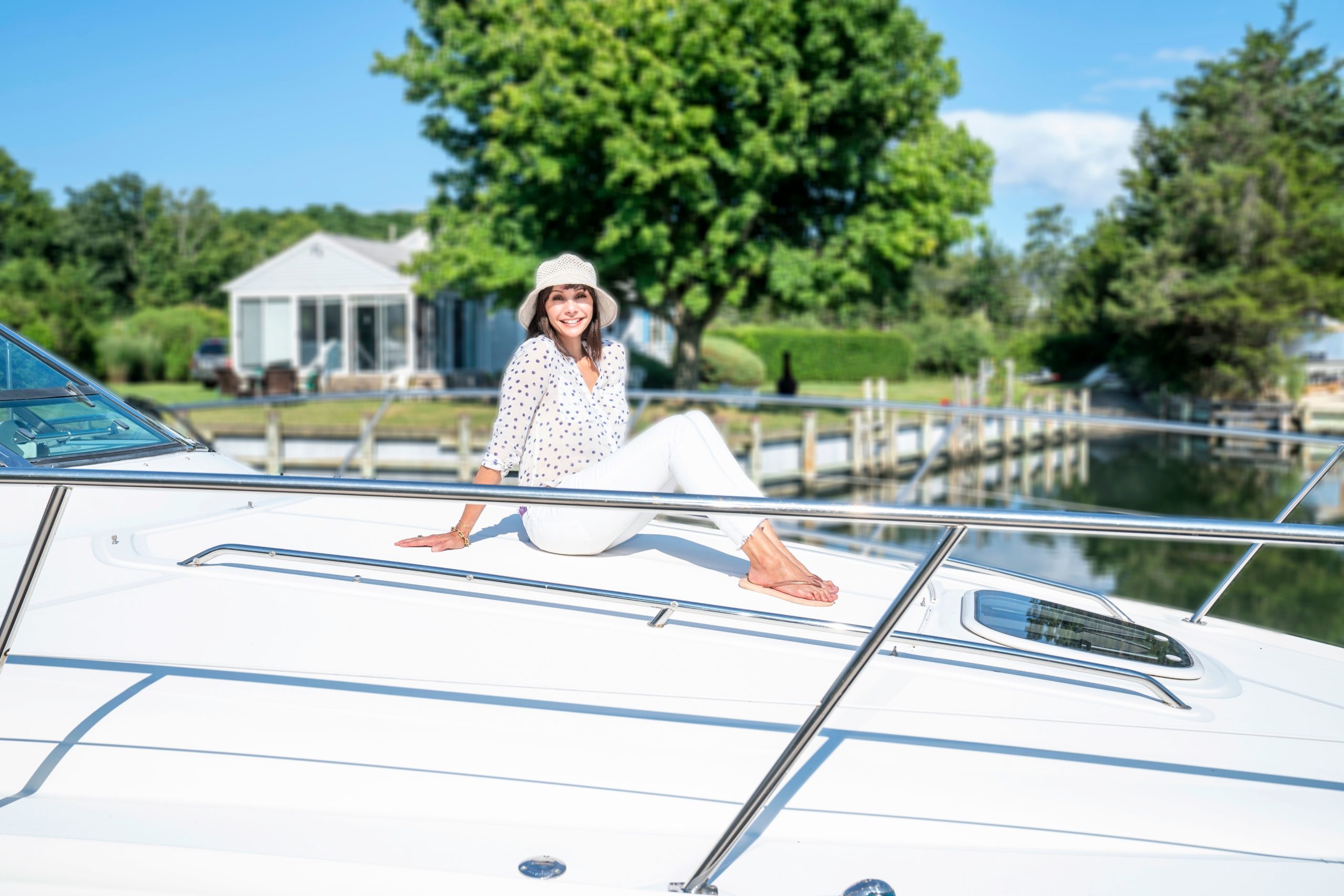 When talking about real estate on the North Fork — the pastoral expanse dotted with farms and vineyards, surrounded by serene water from Riverhead to Orient Point — a name that comes up over and over again is Corcoran’s Sheri Winter Parker. Not many know this slice of heaven quite like her — she’s been ranked the number one individual by volume in the region for close to two decades and is on her way to $1 billion in sales volume.

We assumed she was hyper-local, but after sitting down with Winter Parker, we learned that not only is she not from the East End, she relocated from New York City by way of Upper Saddle River, New Jersey, following a career in fashion.

How does one come to love a community so much that it becomes her identity, what she is known for? We asked her and were surprised all along the way from her begin-nings to how she became a top East End agent through her sheer love of the land.

Sheri, you’ve been called a ‘Queen of North Fork Real Estate.’ How did you come to represent a whole region like this?

I know people call me that and it’s always funny to hear it phrased that way. It’s an enormous compliment! I guess the mean-ing of it is finally starting to sink in after all these years. I just sort of knew it in my bones when I made the decision to get into real estate sales on the North Fork that I had found “my calling.” I worked at a boutique agency in my hometown from time to time with a friend of mine doing administrative tasks, while in high school. I almost went into real estate during college but decided to join a family business instead. But always knew it was something I was going to do.

Are you local to the East End?

No! I’m from Upper Saddle River, New Jersey. The North Fork reminded me of a combination of my hometown and my summers spent on Long Beach Island in New Jersey. I never thought I would live anywhere else but where I grew up, but I fell for the North Fork hard on my way back to New York City after a weekend trip to the East End. My father’s business was in the city and both parents are originally from there. I was also living in the city full time by then.

That was it — three weeks later, I went looking at real estate here and got an accepted offer on a house and closed a month later! Within a couple of years I was living here full time. It’s where I’m meant to be.

After working for a boutique agency in New Jersey you knew that real estate was your calling? It’s great when it clicks.

I always knew I would get my license, and I just knew it was time. When I made the de-cision, the class I needed to take started the next day. It was fate and the rest is history!

What do you love so much about the North Fork?

The effortless laid-back vibe, the lush bucolic feel, being surrounded by water and all the farms — and of course, our food culture!

Let’s talk about what you did before taking over the North Fork… You were entrenched in the fashion industry through your fami-ly. Can you explain what you did and who you worked for, and at what capacity?

So, my father was in the fashion industry and my mother was a model. Fashion was always a part of our life, so it wasn’t even really a thought that I wouldn’t become part of the business. I worked for Ralph Lauren initially…