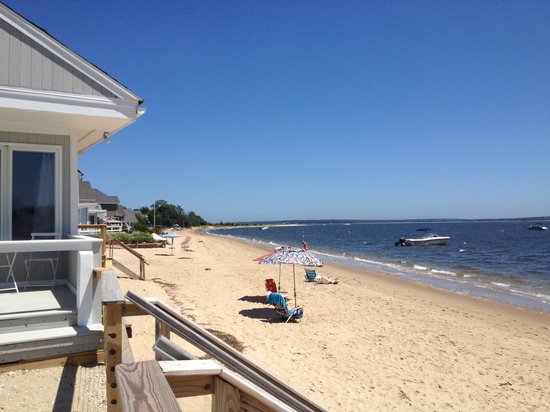 Located at the start of Long Island’s North Fork in the town of Riverhead, Aquebogue lies just west of Jamesport. At 3.9 square miles, the hamlet is small and well situated, curving around Flanders Bay and with Route 25/Main Road meandering across its length. There you’ll find both basic and professional services, coffee and tackle shops, the beloved North Fork Chocolate Company, and the turnoffs to various farms (Breitenbach Farms, Woodside Orchards) and vineyards (Paumanok, the Vineyards at Aquebogue). At the south end of Aquebogue, sharp creeks cut into the land, and marinas and dockside dining dot the bay.
Discover Aquebogue 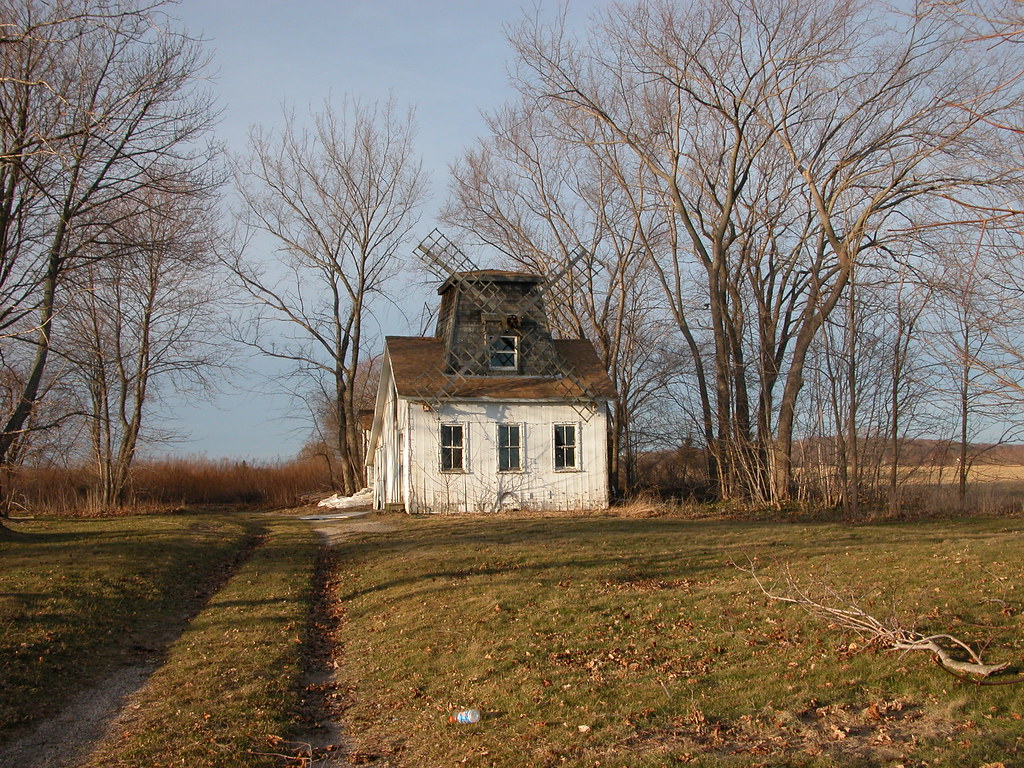 Baiting Hollow is little more than a strip of beachfront on Long Island Sound — all 3.2 square miles of it. A hamlet contained within the town of Riverhead, Baiting Hollow is adjacent to Calverton to the south and Wildwood State Park and Wading River to the west; smack in the center of this coastal hamlet is Bluffs Country Club. Baiting Hollow may have no bigger draw than its enviable beach access, with verdant bluffs and dunes and charming wooden staircases down to the soft sand. Beachcomb during the day and then retire to any one of a range of properties — there are houses, seasonal beach cottages, condos, and even as-yet undeveloped lots on offer. 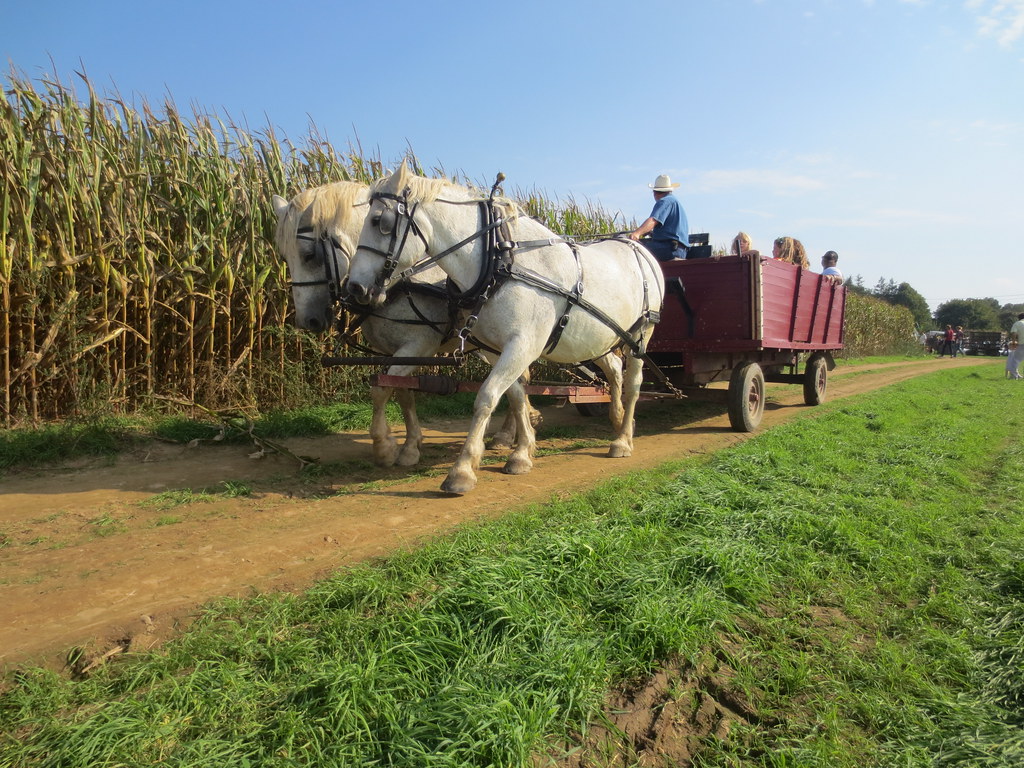 The irregularly shaped hamlet of Calverton rests mostly in the town of Riverhead, with a sleepy area set within the town of Brookhaven. Though Calverton is technically landlocked, only a thin strip of land (belonging to Baiting Hollow and Wading River) on the north side of Sound Avenue separates it from Long Island Sound, meaning there is easy access to the North Shore sands of Wildwood State Park. The south end of the hamlet toward Manorville contains parts of Robert Cushman Murphy County Park and Long Island State Pine Barrens Preserve. Since the mid-20th century, the U.S. government has maintained a presence, with an airfield and plant once leased to airplane manufacturer Grumman, and a widely known national cemetery. Years ago, the Navy had plans for a major airport, but the site’s current Calverton Executive Airpark, now owned by the town of Riverhead, isn’t particularly busy. The development of the former Navy land has been under discussion for the better part of two decades. 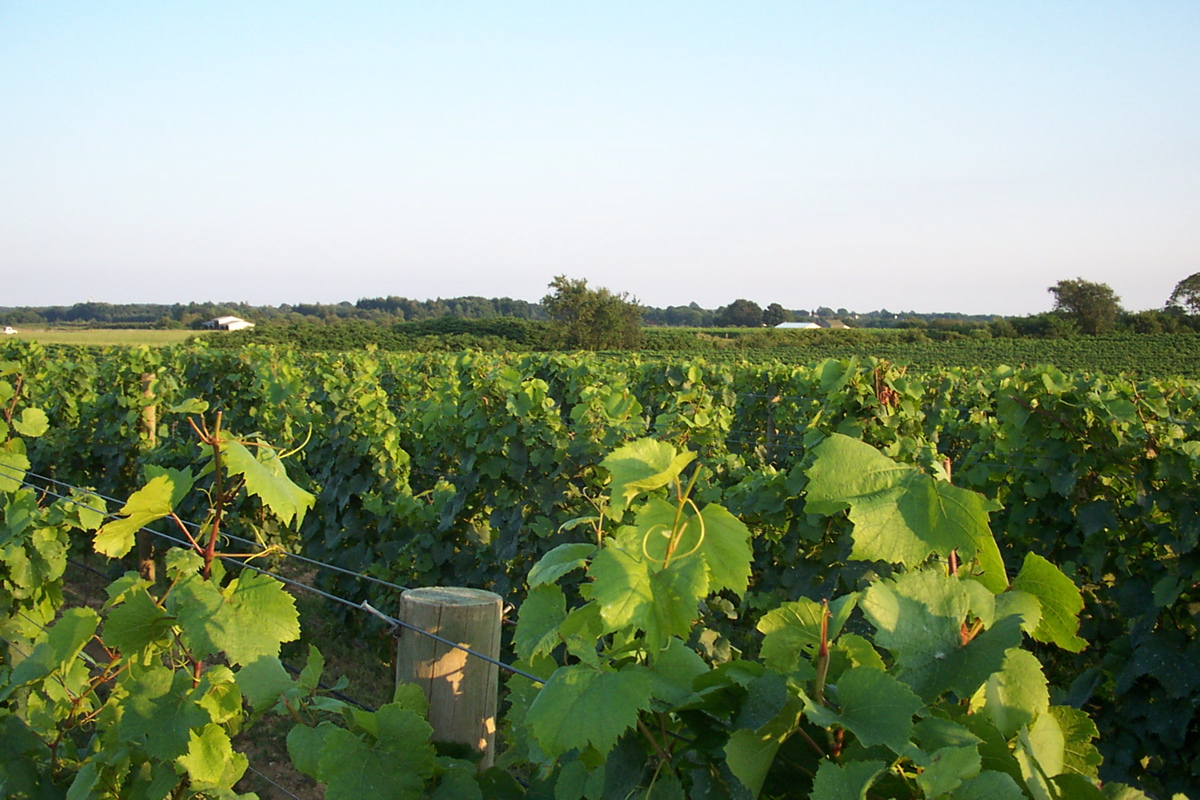 Resembling the shape of a top hat with an arrow jutting south into Little Peconic Bay, Cutchogue is a hamlet in the town of Southold, on Long Island’s North Shore. Bordered by Mattituck to the southeast and Peconic to the northwest, Cutchogue was once upon a time inhabited by members of the Algonquin tribe. Settlement by the English came early; the hamlet boasts the Old House, which dates from around 1699 and is one of the oldest and best-preserved houses in the United States. The hamlet was the stomping grounds of none other than Albert Einstein, who was enchanted by the area. No wonder: With picturesque ponds and a prime position on Long Island Sound, Cutchogue is a lovely spot to settle down in. 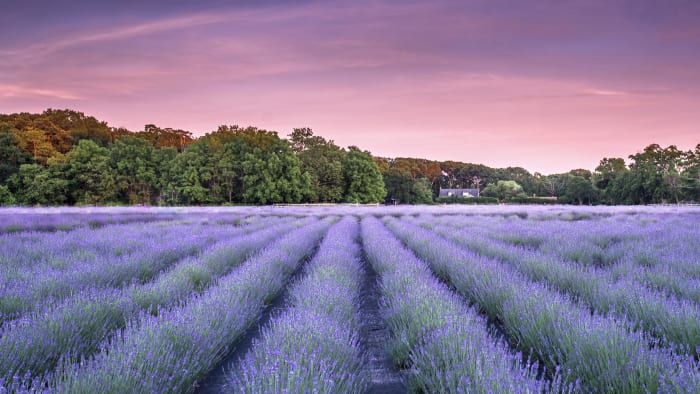 Close to the eastern tip of the North Fork of Long Island, East Marion is a hamlet within the town of Southold. Though it is only 2.4 square miles, it spreads down the fork from Long Island Sound to the Peconic River, so it is blessed with ample shoreline. The Rocky Point beach is scenic, with a mix of stones and coarse sand, and pretty, pebbly Truman’s Beach is another draw. East Marion has been a resort destination for 150 years, and today it is mostly residential, with some shopping and bed-and-breakfasts to be found along Main Road. 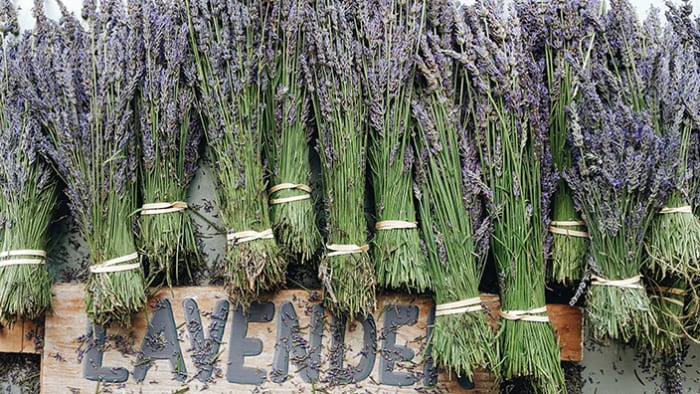 Located on the south shore of the North Fork of Long Island, Greenport fronts the Peconic River and Greenport Harbor. The village, set within the town of Southold, sprawls in a haphazard jumble geographically and even nearly touches the northern coast of the North Fork. Greenport’s diminutive size (little more than a square mile) belies its history, which looms large and is especially colorful. Settled in 1682, Greenport has known whaling, shipbuilding, and Prohibition-era rum-running. With more than 200 buildings dating from 1750, the village’s historic district is on the National Register of Historic Places. Perhaps more than any other North Fork town, pretty Greenport has prestige and pedigree: The village is lively, thriving, and sophisticated by area standards, but it still maintains its laid-back appeal. 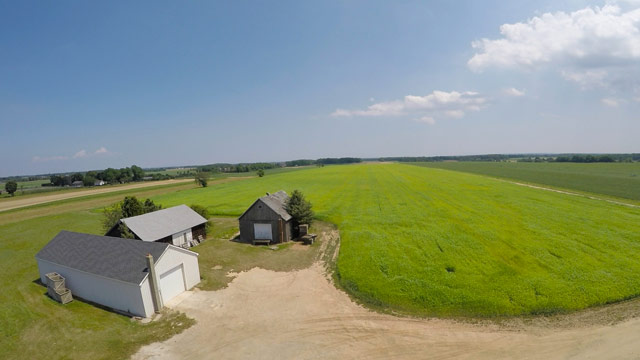 Jamesport takes its name from a man who tried and failed to establish the area as a commercial wharf for shipping and whaling. But though excessively low tides foiled James Tuthill in the 1800s, his namesake hamlet has flourished. Tuthill also wasn’t entirely off-base with his aquatic-focused vision: Once people started traveling across the North Fork on the LIRR, Jamesport became a happening spot for fishing. The hamlet’s history also dates to 1731 with the Jamesport Meeting House; two stories and bell tower-topped, it stands as the oldest public building in Suffolk County. Presently, the hamlet quite captures the spirit that defines the North Fork. There are the Cape Cod-style homes and serene beaches, but mostly it’s in the wine. 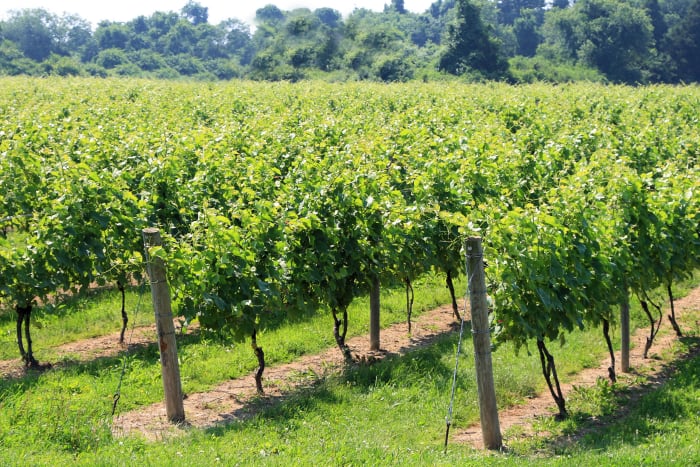 Hiding among the trees in the Town of Southold, with just a tiny chunk straddling the border with Riverhead, you’ll find the lovely Laurel. Due to its somewhat liminal status, Laurel was known as the “Middle Ground” in its earliest incarnation. Later, it would be called Franklinville—after Ben Franklin—until the revelation of a town in Western New York going by the same name. To avoid postal issues, the North Fork’s Franklinville received the name we know it by today. Laurel is currently about as low-key as the North Fork gets, yet it still carries all the hallmarks that make folks love the region. Local wines sourced from local vines are always ready to pour and enjoy. 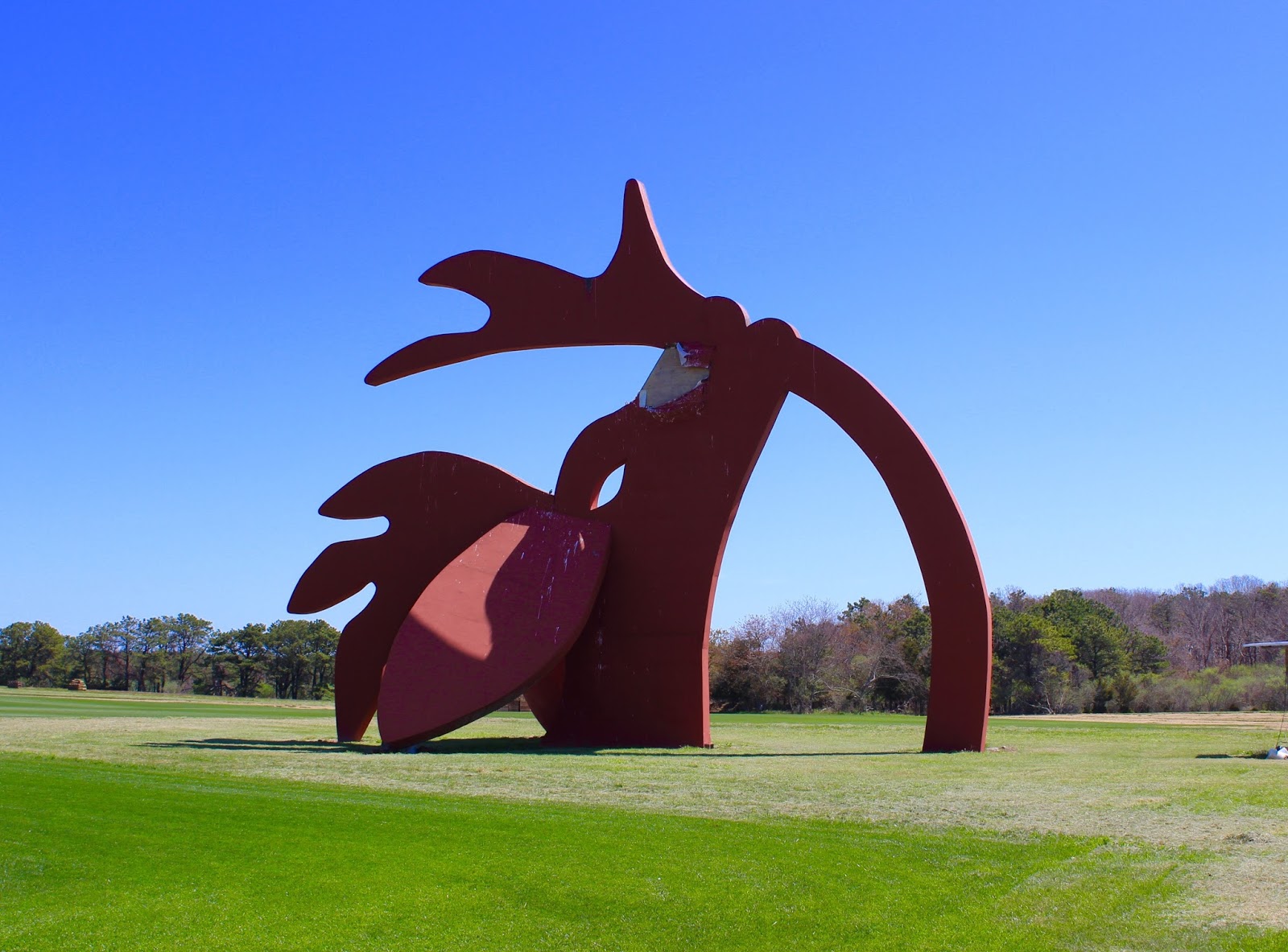 Resting just north of Route 27 in the center of Long Island, the hamlet of Manorville sits mostly in the town of Brookhaven, with the Long Island Expressway cutting across its northern strip. Though landlocked, it has easy access to the North Fork and to the Hamptons, especially East Moriches and Westhampton Beach (Fire Island isn’t far, either). With its country clubs, ponds and farms — and even a pair of petting zoos — the hamlet is certainly pleasant, and much of the northeastern section falls squarely within the protected, wooded lands of the Long Island Central Pine Barrens. The 15-year-old Chamber of Commerce sponsors traditional events such as an Easter egg hunt, a community barbecue, and Christmas tree and Hanukkah menorah lighting ceremonies. Manorville is a solid choice (with better-than-average schools) for young professionals to find starter homes. It’s definitely the Long Island suburbs, with the added value of convenience to some prime North and South Shore destinations. 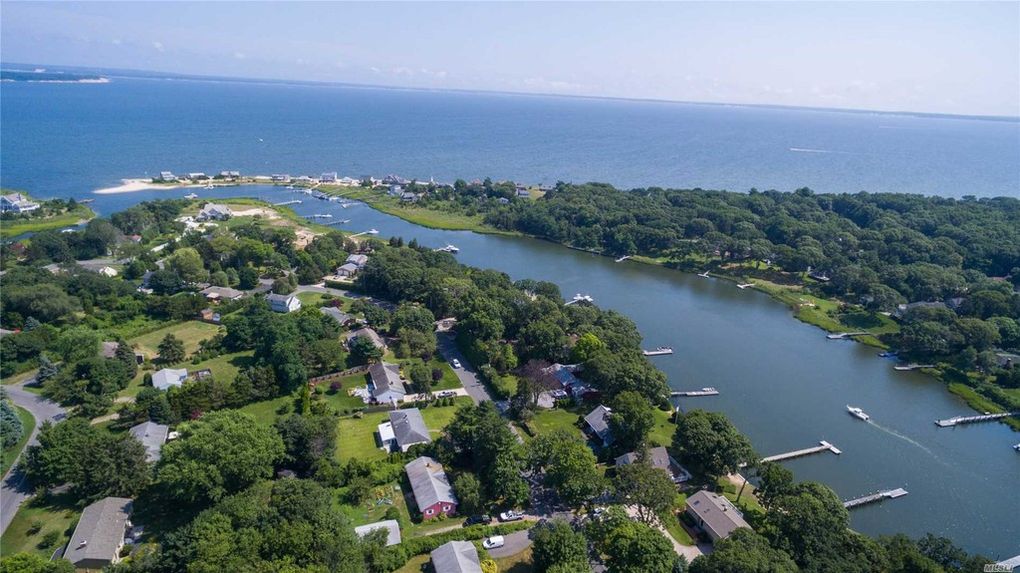 Sandwiched between Northville and Cutchogue on Long Island’s North Fork, Mattituck, a hamlet resting in the town of Southold, extends from shore to shore. Its coast on Long Island Sound is around 5 miles, much longer than its shoreline on Great Peconic Bay. The 9.3-square-mile hamlet contains three inlets, the largest of which is Mattituck Inlet. It cuts into the northern coast adjacent to Bailie Beach and flows south nearly to North Road, which bisects Mattituck roughly west to east. Between the coast and the inlets, Mattituck is prized for its plentiful waterfront properties, which are catnip to second-home buyers. Its scenic beauty is backed up by a long and interesting history: The first inhabitants were Corchaug native Americans, with English colonists settling in the 1600s and British troops holding the territory during the Revolutionary War. 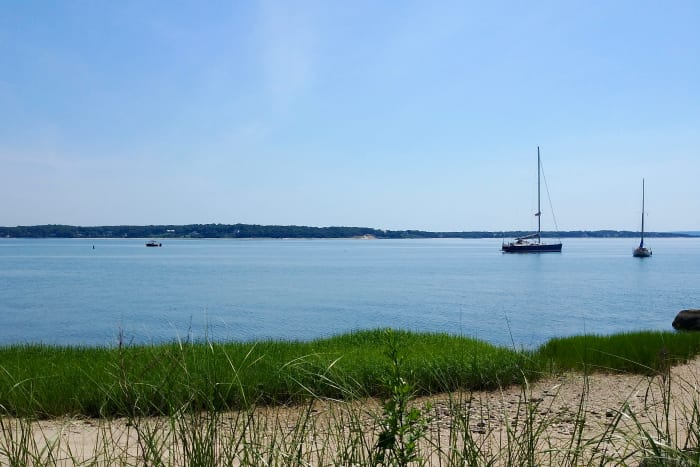 Occupying merely 0.6 square miles on the water in the North Fork, New Suffolk awaits. Due to its particular location, it should come as no surprise that this area has quite a connection to that water. However, what may be a slight shock is that this small hamlet calls itself the country’s “First Submarine Base,” a claim with some actual clout behind it. The U.S. Navy’s first modern commissioned submarine—the USS Holland (SS-1)—was briefly based in New Suffolk around the turn of the 20th century, along with five other “Plunger class” Holland vessels. 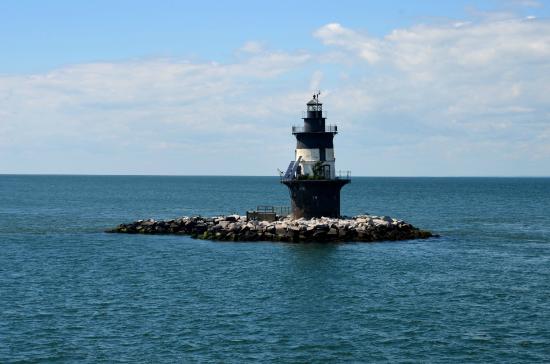 This remote Suffolk County hamlet is well-known because of its unique position at the eastern end of the North Fork. Orient is singularly picturesque — it has a “lands-end” feeling, little commerce, and the pedigree of the Orient Historic District, which, with its rich representation of Cape Cod-style homes, nods to the hamlet’s proximity to New England. Connected to East Marion by the slimmest of land bridges, Orient unwinds along Main Road, which features several farm stands, a few inns, public services, and the Candy Man. The seasonal Orient by the Sea Restaurant & Marina boasts the area’s bounty of shellfish — clams, mussels, shrimp, and the hamlet’s famed oysters. 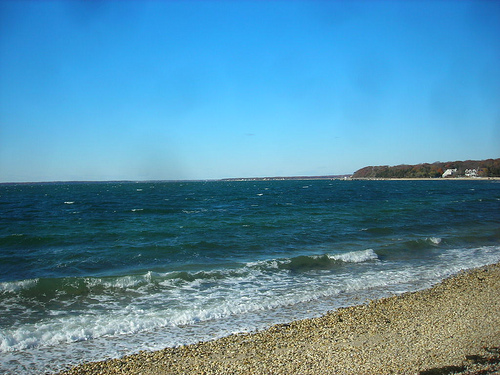 A hamlet located within the Long Island town of Southold, Peconic occupies a prime position on the North Fork, stretching from the fork’s north coast on Long Island Sound to its curvaceous south coast at Little Peconic Bay. Additionally, with several major inlets in the south, Peconic enjoys more than its fair share of waterfront properties. The hamlet also has history of attracting artists and other high-minded visitors (e.g., Albert Einstein). The roughly parallel arteries of Main Road and Route 48 are where you’ll find a healthy sampling of farms, wineries, and restaurants. 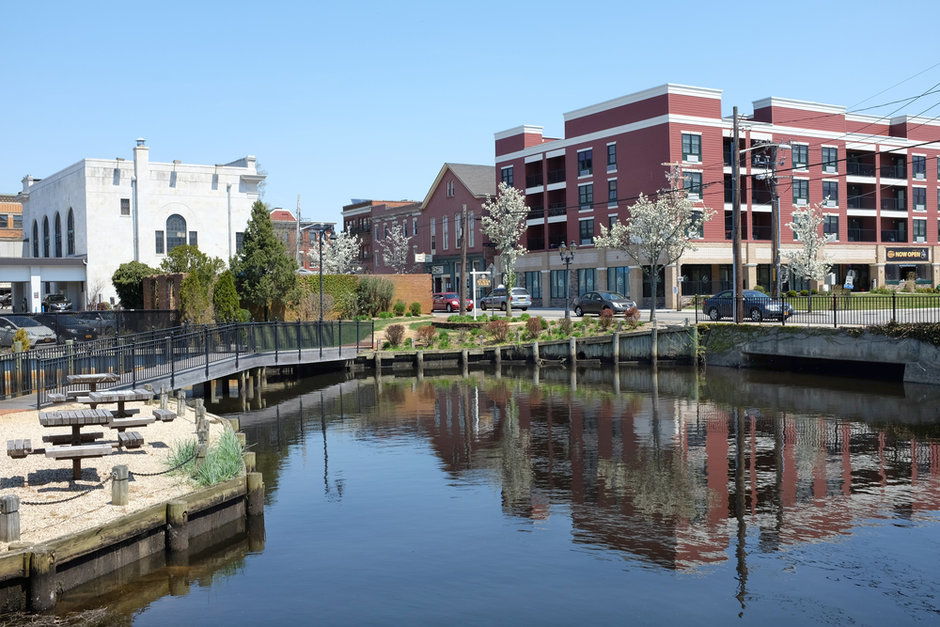 Suffolk County’s county seat of Riverhead, located southwest of the town of Southold, is home to nine unincorporated hamlets including the hamlet of Riverhead. The hamlet functions as the central business district of Riverhead the town. Thus, we have the familiar Long Island naming culture of a town and a hamlet (or village) called the same thing, keeping things nice and confusing. Other hamlets within the town include Northville, Jamesport, and Baiting Hollow. Both the town and the hamlet are bordered by Long Island Sound to the north and the Peconic River to the south; the more than 200-square-mile town is shaped like a horizontal rectangle, with the hamlet a 15.4-square-mile strip in the middle. The past few years have seen Riverhead bounce back from the neglect of the 20th century, and when the downtown area was recognized on the National Register of Historic Places in 2012, the revival accelerated. 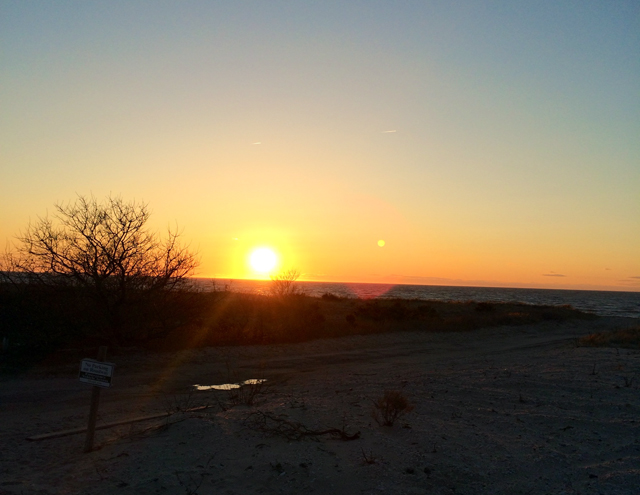 Southold is a North Fork town that encompasses a hamlet and nine villages, one of which is also called Southold. (And this is not unusual on the East End — the same somewhat-confusing naming situation exists in East Hampton and Riverhead, for example.) The peninsular town of Southold spreads out over the northeastern tip of Long Island (with Riverhead to its southwest), which means it lays claim to a very long coastline from Long Island Sound to Great Peconic Bay and Little Peconic Bay: Though the town is 21 miles from end to end, it features a full 163 linear miles of coastline. The hamlet of Southold is somewhat of a flagship, offering the best that the town of Southold has to offer: lots of waterfront properties, excellent kayaking and biking, and wooden staircases leading down to lovely, peaceful beaches. 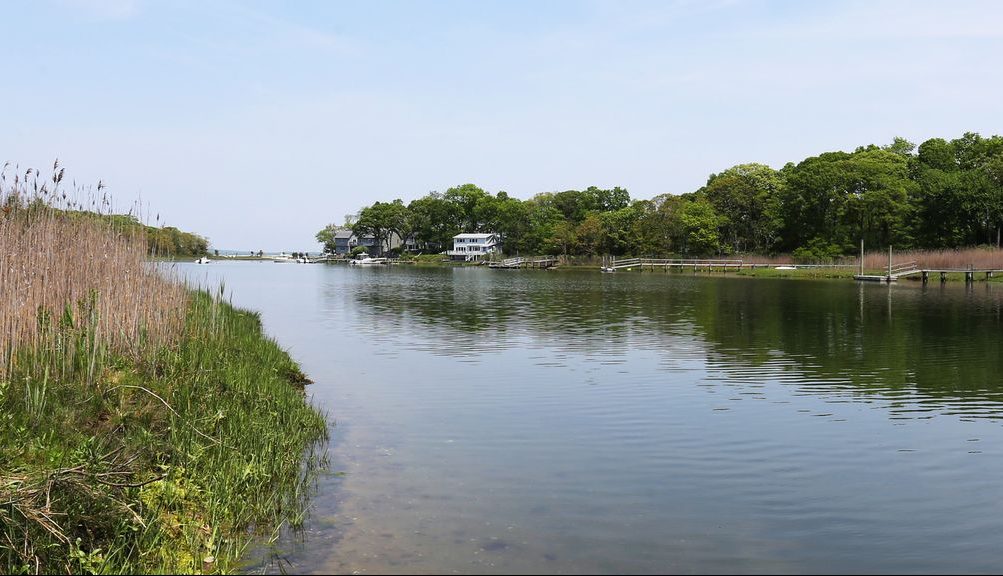 The hamlet of Wading River is small (less than 10 square miles), scenic, and shaped like a T-shirt, with the arms extending out over the sands along the North Shore. Located partially in Riverhead and partially in Brookhaven, Wading River lies west of Baiting Hollow and contains inhabited by the Algonquin tribe, was settled by the English in 1671, who were attracted to the fertile ground and abundant fishing. The hamlet experienced something of a boom when returning World War II service members and their families made it their home, and that demographic has endured; more than a third of the households include children under 18.