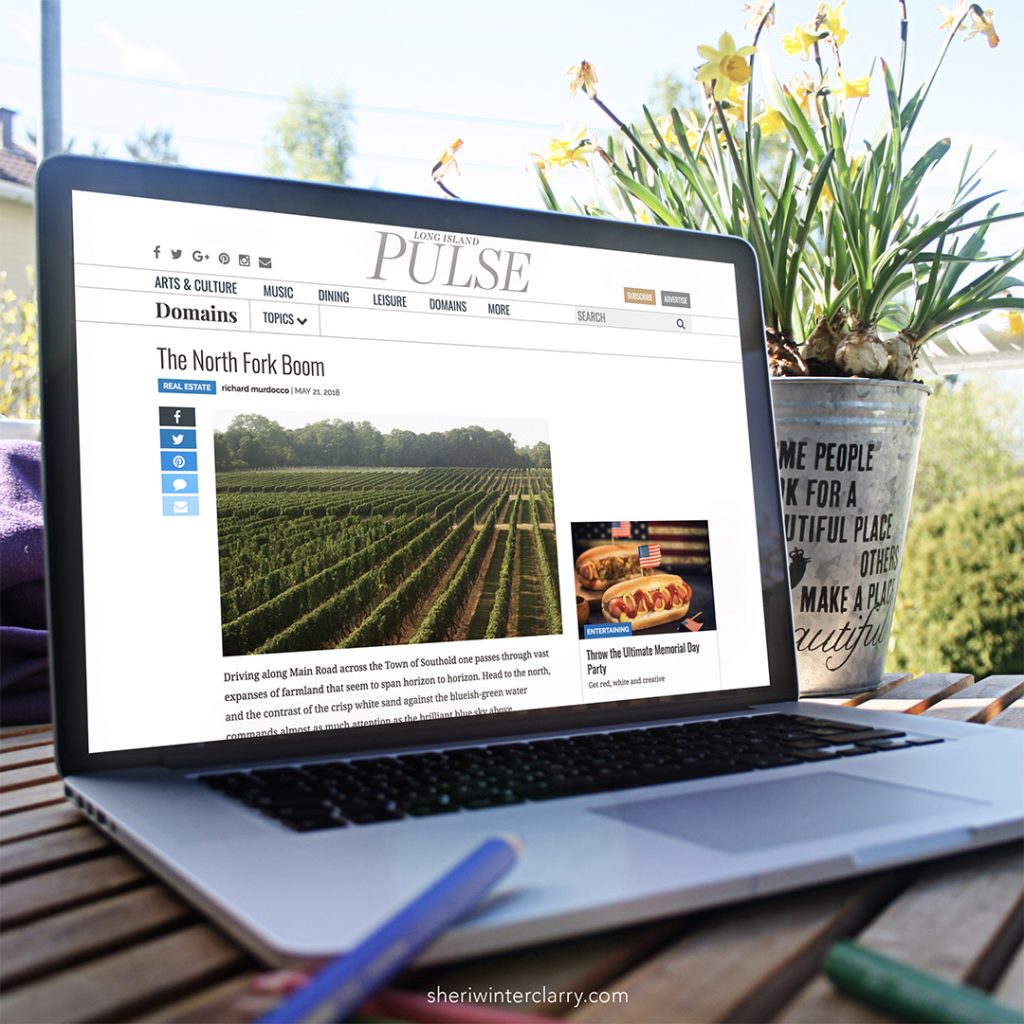 Driving along Main Road across the Town of Southold one passes through vast expanses of farmland that seem to span horizon to horizon. Head to the north, and the contrast of the crisp white sand against the blueish-green water commands almost as much attention as the brilliant blue sky above.

It is scenes like this that attract tens of thousands of visitors to Long Island’s North Fork each summer. In turn NoFo’s population swells, putting additional strain on the limited resources of the rural area while simultaneously powering its economy with a much-needed infusion. “Tourism is a vital component to the North Fork’s local economy,” said Judi Desiderio, chief executive officer of Town & Country Realty, which has two North Fork offices. “Visitors fall in love with the area’s pastoral vistas, and more and more are choosing to invest in East End dirt.”

When preparing the comprehensive Southold 2020 plan authored by town planners, it was found that nearly 40 percent of homes within the township are considered seasonal, a statistic that both Desiderio and local policymakers expect to increase. “We definitely have more demand for housing than we have inventory,” Desiderio said, especially for homes that sell for under $1 million.

Desiderio’s statement echoes the dynamics of other luxury markets across the Northeast, including Long Island’s South Fork. Whereas more modestly priced homes generally stay on the market for less than a week, luxury listings have sat on the market for years, even as the economy improved. The sweet spot seems to be homes that are priced exclusively, but not too much so.

On the North Fork, the HUD’s Comprehensive Housing Market Analysis for Long Island found that the seasonal population can swell by more than 140 percent annually, offering real estate professionals the task of highlighting the area’s year-round benefits while differentiating it from the glitz and glamour of the Hamptons. In recent years, experts like Sheri Winter Clarry, a real estate broker at the Corcoran Group, say more and more tourists have opted to become locals. “It’s not just a seasonal destination,” Clarry said. “Many out here are second homeowners who wind up offering their houses as rentals when they’re out of town.”

Clarry credits NoFo’s cachet of being understated and anonymous. “The North Fork has a ton of money and famous people who live here too,” she said. “[But] it’s lower key—and allows you to be more under the radar.”  Clarry also added NoFo “foodie culture is becoming year-round.”

Still, building the necessary infrastructure to allow for tourists to stretch their economic legs and preserving what makes the North Fork a low-key destination are conflicting forces. The pressure to accommodate both seasonal populations and locals has put strain on local resources. Thus, the question policymakers face is how to balance explosive tourist growth while preserving the rural charm that attracts visitors in the first place.

The town is currently working on revamping its zoning laws to allow for more rentals and accessory apartments, and there are attempts at upgrading area roads. “At the end of the day, progression is a good thing. The North Fork is coming into our own and all proprietors are beneficiaries,” Clarry said. “With the right balance, it’s a win-win.”

Such a Great Investment! COULD BE YOU! Cutchogue

This amazing land opportunity is now under contrac

COULD BE YOU! Beauty and the Beach - This stunni

Could Be You! This magical waterfront compound e

Create your sunsets here! Could Be You! Overlook

Who doesn't love a modern farmhouse? This fabulous

COULD’VE BEEN YOU! This turn key gem is now in

BUSINESS OPPORTUNITY! Not very often does a busin

COULD BE YOU! This home oozes calm, cool and col

COULD BE YOU! Amazing location on Prestigious Nas

COULD’VE BEEN YOU! This newly updated Modern R

Such a Great Investment! COULD BE YOU! Cutchogue

COULD BE YOU! Beauty and the Beach - This stunni

COULD’VE BEEN YOU! This Charming Sound Front C

Could Be You! This magical waterfront homestead


Error: API requests are being delayed for this account. New posts will not be retrieved.

Five questions to ask before buying a North Fork home 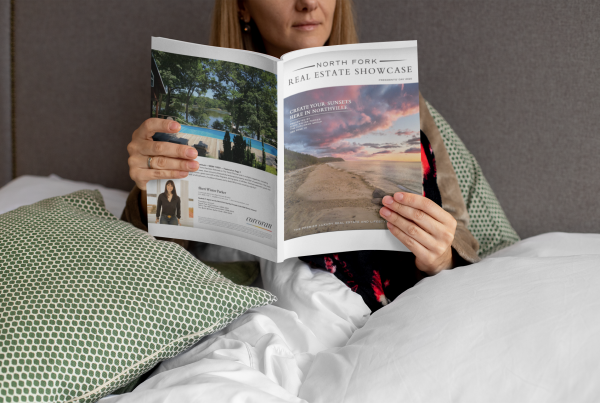