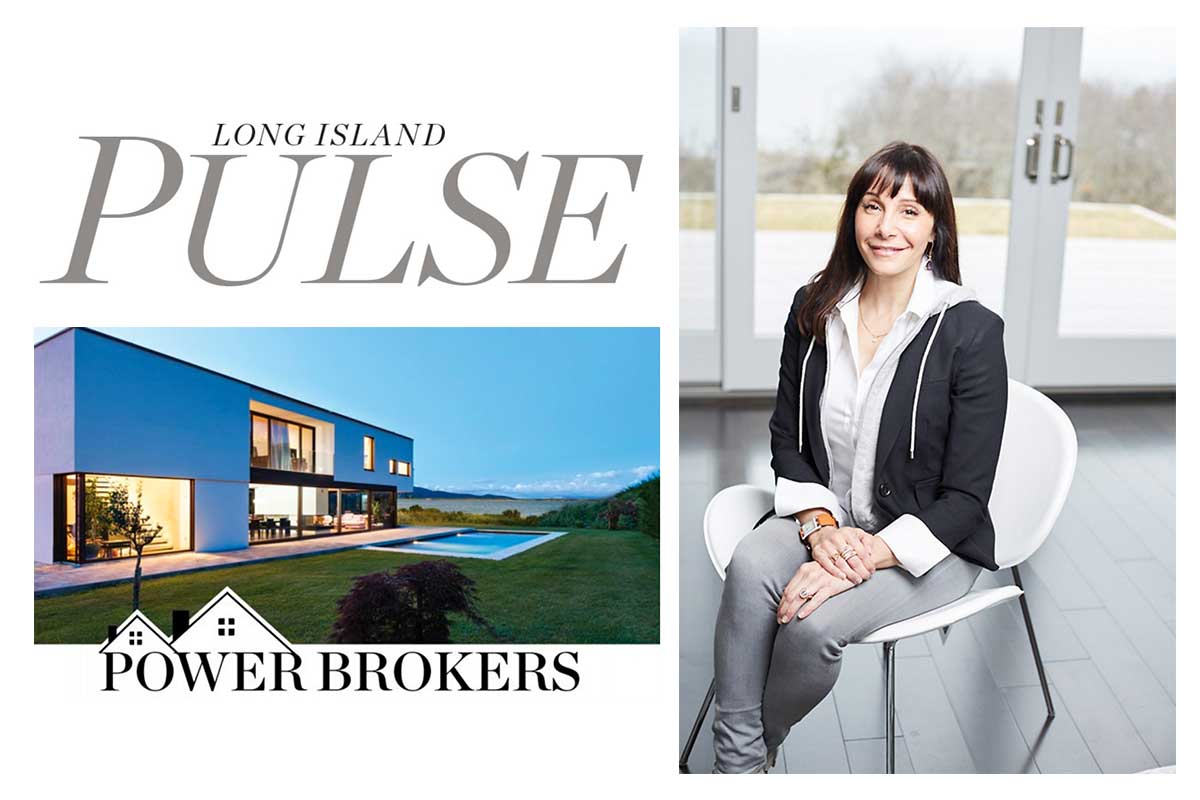 Sheri Winter Clarry of North Fork Real Estate is proud to be named one of Long Island Pulse’s Power Brokers.

It’s been said that real estate on Long Island is like the weather: it’s a perennial topic of conversation and a barometer by which all other commerce is measured. The topography of Long Island real estate is particularly intriguing. Urban, suburban and rural neighborhoods share the Island that stretches just more than 100 miles from Queens’ eastern border to the tip of Montauk. It takes a savvy, seasoned broker to navigate the nuances of each local market and negotiate top notch transactions. But how to qualify them?

Similar to other Pulse franchises pro ling leaders in professional fields, we sought to identify who in real estate is making an impact on the markets. After a careful vetting process and third-party qualifiers of listing and sales information, we narrowed down a group of nominees based on those at the top in their respective townships. The competition was fierce but in the end, clear winners emerged as the best in their territories—and they had some interesting stories to share. For the third year in a row, we present Long Island’s Power Brokers.

Years ago, Sheri Winter Clarry took a weekend getaway to the North Fork. She was so instantly entranced, she bought a home there three weeks later and has since cemented her place atop the region’s real estate hierarchy. Though the Hamptons may be known for the majority of the East End’s seven-figure-price-tag listings, Clarry has more than held her own up north, selling dozens of million-dollar estates, including a $19 million home in Peconic (the most expensive residential sale in North Fork history). Her record-breaking work has made her Corcoran’s top producer on the North Fork each year since 2005.