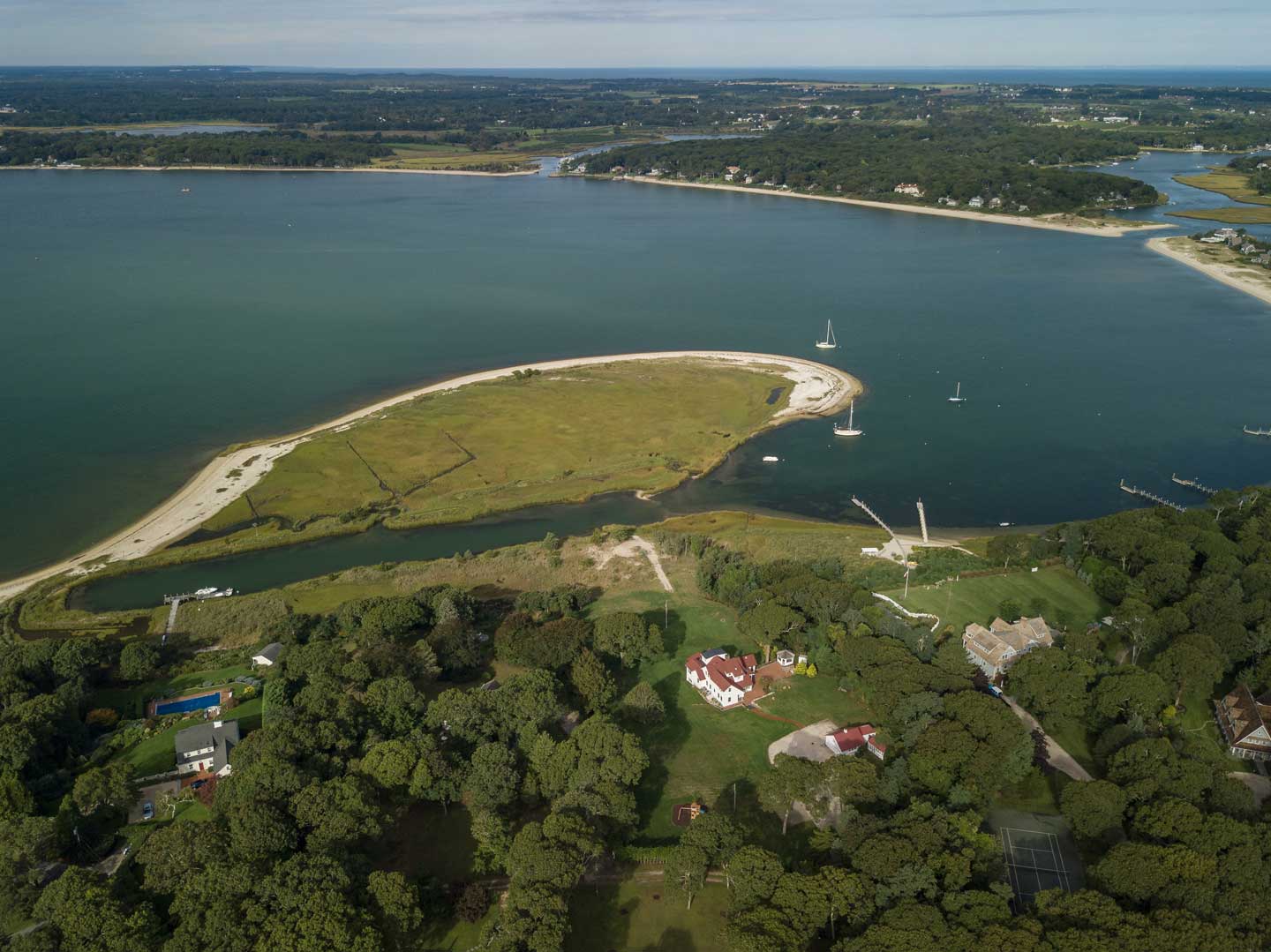 For Sellers of Land, Increasing Resale Value Doesn’t Have to Include Construction

For Sellers of Land, Increasing Resale Value Doesn’t Have to Include Construction

Homesites and parcels of land are hardly exempt from the current sales frenzy across the U.S., and sellers who might have once considered a construction project may now find themselves interested in offloading their undeveloped properties sooner than expected.

Given recent increases in construction costs, selling land undeveloped may also now be a strategic financial move for sellers.

“Construction costs have gone up a lot, and as a seller you’re shedding some of the risk you might have otherwise had building something,” said Gregory Malin, CEO of luxury home builder Troon Pacific in San Francisco. “You might have otherwise ended up investing more than you thought, and it takes longer and longer to build.”

”“I have a client who started with a piece of land because he couldn’t find anything he wanted, and knew he had to act and buy something. The spec market has improved drastically because there’s such a lack of inventory. They’re not making any more land, so people are building and building with confidence.”

Not all raw land parcels are created equal, however, and sellers can employ a number of tactics to increase eventual resale value with a far lower up-front investment than they would have spent building a home.

“There’s a big value in selling a piece of land fully permitted with [construction] plans,” said James Harris, a principal with The Agency in Los Angeles. “A lot of people will go through the headache of doing that themselves before they sell. There’s no [uniform] calculation, but if you bought a piece of land for $6 million, then added plans and permits, you could probably sell it for $10 million.”

Whether you’re looking to make a few cosmetic upgrades or are willing to dive into a more involved permitting process, below, some time-tested strategies for increasing a home site’s resale value—and expanding the pool of interested buyers—before putting it on the market.

Taking Care of the Red Tape

Without question, handling the basics from utility hookups to construction permits is one of the most important steps a seller can take when marketing raw land. In many areas, it’s also considered standard operating procedure, and buyers in search of empty lots will expect them to come with all the relevant paperwork in place.

“If you’re in the middle of nowhere in Topanga [in California] and have a piece of land that’s sat there for 50 years, it might not have water, and that could take years to set up,” Mr. Harris said. By contrast, in Beverly Hills, for example, such things are an absolute given, he added. “You’re going to have water, gas, and you’ve got to get permits to the point where you can start building.”

The exact type of permits required can vary significantly depending on the location and property type (California, for example, is notorious as a “paperwork-heavy state,” said Trayor Lesnock, CEO and founder of Platinum Luxury Auctions), and can cover a range of issues including the lot size and subdivision; the size and type of construction that will be allowed; and any environmental restrictions or considerations.

“One of the key components is getting rid of some of the larger sort of unusual aspects that a typical homeowner hasn’t had to deal with, like if you have protected plants or animals, or certain distances you have to keep back from waterways,” Mr. Malin said. “Often I advise people to take things as far as they can for the uncomplicated things—can you finalize the permits of where to build and where not to build? Can you bring infrastructure in?”

Tasks like permitting and land surveys are time-consuming and can cost anywhere from a few thousand dollars to tens of thousands of dollars—and can take anywhere from months to years—depending on the location and scope of the project. But they can also expand your pool of interested buyers, and ultimately boost your property’s sale price.

“Buyers understand how long it takes now to get approvals, so to have a property that’s ready to go is probably the ideal situation,” said Shelly Tretter Lynch, an agent with Compass in Greenwich, Connecticut. “On a median level, I think you’re looking at probably a 20% dollar volume gain on properties if they have everything in place.”

While traditional “staging” might not initially come to mind as part of the process when selling an empty homesite, just as with selling existing homes, buyers often need help imagining what the finished product might look like.

In the case of raw land, this process can range all the way from basic landscaping to having an architect draw up a full set of plans for a new home.

“From a marketing perspective, I like to market it with a potential site plan,” said Matthew Breitenbach, an agent with Compass in the Hamptons. “I have architects and zoning attorneys I collaborate with, so I can paint that story for somebody.”

On a recent sale for a large parcel of land with multiple lots, Mr. Breitenbach said, “We repackaged it with a couple renderings and a site plan for each lot, where each house would lay, and how that would look. A developer came in, and they’re not doing the exact plan, but it gave them an idea, it’s visual stimulation.”

As with any home sale, buyers often respond best to a compelling visual.

“I’ve had development sites where we’ve built these stunning renderings and put them on big easels so that we’re able to show people what this would look like,” Mr. Harris said. “In one circumstance we had 3-D goggles so [buyers] could experience walking through the home.”

In some cases, Ms. Tretter Lynch said, sellers will go so far as to pick out construction materials for a property, or get quotes from a contractor for a future construction process.

“The more information the better,” Ms. Tretter Lynch said. “If a buyer is coming in and the lot is permit ready and they have cost associated with building and can go to the stone yard and look at everything, it just helps.”

Even without launching into a full-scale construction project, making a few physical upgrades on site can create a significant upside, as well.

“If you can create an estate feeling on the site, you’re ahead of the game,” Ms. Tretter Lynch said. “An alley of trees coming up the driveway, maybe you put stone walls up. Buyers want to have something a little more developed and mature, and if you’re working with a site where it has that, it adds a tremendous amount of value.”

Ultimately, deciding how much work to put into a homesite before listing can be a balancing act, and will depend on how much time and money a seller is willing to put into the process.

“By getting some of those bigger complicated items taken care of, like putting in a road or a finished pad for a house, that will achieve a larger audience that’s willing to take a [construction] project like that on,” Mr. Malin said. “A lot of people believe they have a lot of imagination but they really don’t when it comes to seeing a house, how liveable it is, what the views are, how it all comes together.”

Mr. Malin added, “Don’t try to do it all. Unless you’re a professional developer, I don’t think you should try to get to the details of a floor plan or start to specify a house in great depth.”

And as with the broader sales market, in most cases, the current conditions are firmly in favor of sellers, even with high construction costs that might have traditionally scared buyers away from construction projects.

“I have a client who started with a piece of land because he couldn’t find anything he wanted, and knew he had to act and buy something,” said Sheri Winter Parker, an agent with Corcoran on the North Fork of Long Island in New York. “The spec market has improved drastically because there’s such a lack of inventory. They’re not making any more land, so people are building and building with confidence.” 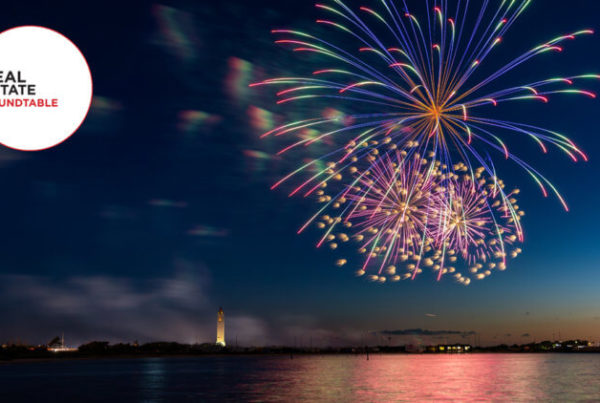